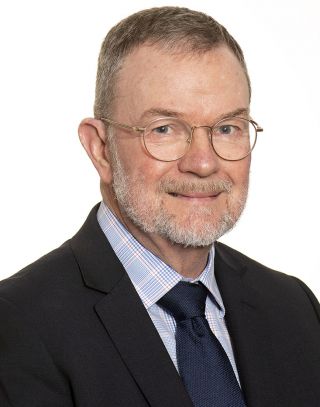 Greg has accumulated a wealth of experience over three decades practising in public law, common law and constitutional law. He was appointed Queensland’s 22nd Crown Solicitor in 2008. This followed four years as Deputy Crown Solicitor of the Litigation Branch during which Greg was responsible for providing authoritative and dependable legal advice, as well as effective management and financial viability of 13 legal teams.

Greg has extensive expertise in complex and specialised areas of law with particular impact on Government departments and agencies, particularly State and Commonwealth constitutional law and administrative law. He has appeared for the State before State and Federal Courts in:

Greg has held positions in the former Solicitor-General’s Office and as Legal Counsel to the Parliamentary Committee on Subordinate Legislation and deputised for the Solicitor-General at national meetings of the Standing Committee of Solicitors-General while acting as Deputy Crown Solicitor of the Public Law Branch and as Crown Counsel.

Greg has extensive expertise in complex and specialised areas of law with particular impact on government departments and agencies, including: