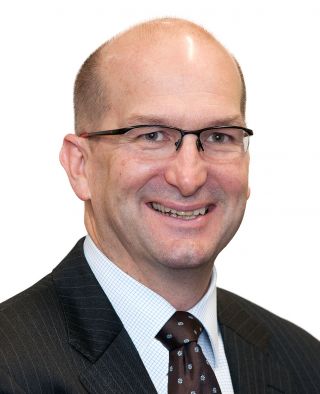 Prior to his career in the Queensland Government which, in addition to Crown Law included a number of years in a senior legal position at Queensland Health, Peter practised as a commercial and property lawyer in the private sector including an in-house corporate role overseas.

In his current role, with responsibility for Crown Law’s specialist native title, resources and commercial dispute resolution teams, Peter draws on his breadth of experience to provide strategic, solutions-focused advice to client agencies on significant, complex and sensitive matters. Peter is committed to providing responsive and seamless client service and plays a critical client relationship management role as first port of call for some of Crown Law’s key clients.

Peter has successfully led Crown Law legal teams in providing legal representation to departments and agencies before a number of high profile Queensland commissions of inquiry including the Public Hospitals Commission of Inquiry, Queensland Floods Commission of Inquiry and the Child Protection Commission of Inquiry. He coordinated the entire legal effort on behalf of the relevant agencies and was the primary legal adviser to those agencies and their staff appearing before the Inquiries. In that capacity, Peter directly advised on issues concerning powers of commissions of inquiry, legal professional privilege, parliamentary privilege, claims of public interest immunity and the scope and operation of the Government’s policy on indemnity and legal assistance for public sector employees.

Peter has overseen Crown Law’s high quality legal representation of the State in its successful resolution of a number of native title claims across Queensland, and in its successful defence of significant commercial litigation including that arising out of the 2008 Collingwood Park subsidence event and the major chemical fire at Narangba. He currently has oversight of Crown Law’s representation of the State in its defence of the class action arising out of the 2011 Queensland flood event, arguably the largest scale class action litigation seen in Queensland.

In recent times, Peter has personally advised on matters as varied as the State’s legal risks associated with abandoned mine sites, the State’s prospects in defending potentially a high value damages claims for negligent misstatement and the application of the abuse of office provisions of the Criminal Code to an agency’s large-scale land sales proposal. Peter also regularly advises statutory boards and authorities on a range of legal issues relating to the scope of operation of their enabling legislation and the management of legal risks associated with their administration of that legislation.