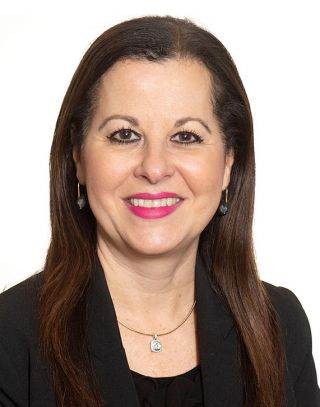 Paula joined Crown Law in 1999 as Team Leader of the Planning and Environment Team after working in the private sector for 13 years to Associate level as a commercial litigation and insolvency specialist. In 2003, Paula was seconded to establish the Confiscations Branch in the Office of the Director of Public Prosecutions. Paula returned to Crown Law in 2004 as Assistant Crown Solicitor of the Commercial Dispute Resolution Team.

As a commercial litigator with many years’ experience in both the private sector and in government, Paula has a comprehensive and unique understanding of all facets of litigation and in particular, litigation involving the State and State agencies. Her areas of expertise span across commercial disputes, insolvency, debt recovery, trade practices and consumer law litigation, injunctive relief, declaratory relief, real property litigation, negligence claims, state revenue litigation and advice and alternate dispute resolution.

Paula has conducted many large commercial and significant litigation matters on behalf of the ministers, directors-general, the State and State employees, in the Supreme Court and Federal Court. During the conduct of significant litigation matters, Paula has personally briefed ministers, the Attorney-General, directors-general and Cabinet on the conduct and strategic direction of the matters.