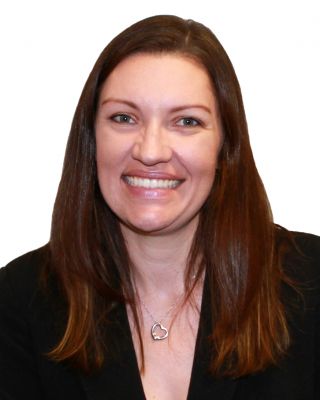 Amanda has been practising law since 2004. She joined Crown Law in 2008 having gained considerable experience over five and a half years in criminal law with the Office of the Director of Public Prosecutions. Amanda now specialises in the conduct of proceedings under the Dangerous Prisoners (Sexual Offenders) Act 2003, adding to her experience conducting child protection matters and applications under the Youth Justice Act 1992.

Amanda has appeared as an advocate in the Queensland Supreme and District Courts and in the Childrens Court. She is experienced in the conduct of criminal litigation and has appeared as an advocate on behalf of the Director of Public Prosecutions in the Supreme, District, Magistrates and Childrens Courts. She specialises in matters under the Dangerous Prisoners (Sexual Offenders) Act 2003 and has significant experience in:

Amanda has been  involved in several significant matters under the Dangerous Prisoners (Sexual  Offenders) Act 2003 in higher courts including:

Amanda has been involved in the preparation and conduct of this matter on behalf of the Attorney-General of Queensland since the application was first heard in 2008. The application was successful and the respondent detained in custody for an indefinite term for control due to his high risk of sexual recidivism. Amanda was involved in the subsequent appeal by the prisoner which was successfully defended. A special leave application by the prisoner was also successfully defended. The original order was subsequently reviewed by the Supreme Court who considered that the prisoner should be released. Amanda was involved in seeking a stay of that decision by the Attorney-General, in the subsequent appeal by the Attorney-General and also in the respondent’s special leave application to the High Court, which was refused.

Amanda had carriage of all aspects of the preparation and prosecution of this matter involving a complex issue regarding a definition within the Dangerous Prisoners (Sexual Offenders) Act 2003. Although, the application was successful at first instance, the order was overturned on appeal. Amanda had conduct of the appeal proceedings also which resulted in clarification of the definition of ‘prisoner’ within the Act.

Attorney-General v Sambo [2012] QCA 279; [2012] QCA 171
Amanda had conduct of this matter in the preparation and prosecution of the respondent for a breach of his supervision order under the Dangerous Prisoners (Sexual Offenders) Act 2003. An issue arose during the trial which resulted in the trial judge making an order against a third party. Amanda was involved in the preparation of the appeal against that order in which the third party joined. The appeal was successful and a precedent established that orders under the Act can only be made between the Attorney-General (Qld) and prisoner.

Bachelor of Criminology and Criminal
Justice: 2009