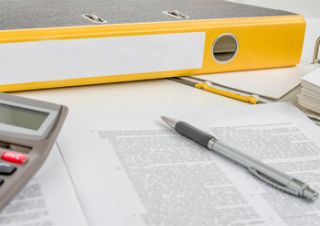 The Court of Appeal upholds the decision of the Supreme Court regarding whether s 69 of the Taxation Administration Act 2001 is beyond the legislative competence of the Queensland Parliament in the matter of WB Rural Pty Limited as Trustee for the Whitsunday Trust v Commissioner of State Revenue [2018] QCA 255.

WB Rural Pty Ltd as trustee for the Whitsunday Trust (the Trust) filed two proceedings in the Supreme Court against the Commissioner of State Revenue:

(a) an originating application seeking a declaration that s 69(1)(b) of the Taxation Administration Act 2001 (TAA) is beyond the legislative competence of the Queensland Parliament; and

WB Rural Pty Ltd as Trustee for the Trust owns land in the Whitsunday area. From 2009 to 2014, the Trust received deductions and exemptions in land tax payable on the basis that the land in question was solely used for primary production.

In 2014 a delegate of the Commissioner requested in writing that WB Rural provide documentation to support the Trust’s entitlement to the deduction and exemption for primary production. The Commissioner eventually advised WB Rural that it had determined that the Trust was not entitled to the deduction and exemption and issued reassessment notices for the relevant financial years, which significantly increased the land tax payable by the Trust.

The Commissioner based the reassessments on evidence indicating that the land, part of which included the Woodwark Bay Resort, was being used as a resort for paying guests and not being used solely for the business of agriculture, pasturage or dairy farming as was required to qualify for the primary production deduction/exemption.

The two proceedings were heard together.

The Attorney-General intervened in support of the Commissioner’s argument regarding the constitutional issue in the appeal concerning the validity of s 69 of the TAA.

The Court at first instance considered the legislative scheme in question, namely the Land Tax Act 2010 (Qld) and the TAA.  The Court agreed with the Attorney-General’s argument that it is first necessary to determine whether the relevant provisions of the TAA confer judicial power on the Commissioner. In order to do so the Court considered the legislative scheme giving rise to the right of appeal under s69 of the TAA and the Land Tax Act 2010 in respect of a land tax assessment.

Having reached this conclusion, the Court held that it was unnecessary to consider the correctness or application of the constitutional principle for which the Trustee contended, and dismissed the application. It followed that the Trustee’s appeal from the objection decision was dismissed.

The decision was appealed by the Trustee.

In dismissing the appeal, the Court of Appeal held that the decision of the Court at first instance was correct. In doing so, they considered the question of whether the Commissioner in making assessments and determining objections to such reassessments by the making of a reassessment, is an exercise of judicial power. The Court found it was not. It was the Commissioner’s decision that creates the new liability, namely the debt to the State.

The Court of Appeal also considered whether to grant leave to amend the appellant’s appeal to include a new ground of argument, being s 69 of the TAA, which requires payment of the amount of the whole amount of the tax and late payment interest in dispute to be paid before the taxpayer can appeal the Commissioner’s decision, was invalid.

The Court refused leave to amend on the basis that there was no merit in the appellant’s argument and held that ‘there is no authority for the proposition that a statutory right of appeal from an administrative decision cannot be conditioned upon the fulfilment of the duty created by that decision’. The Court further held, ‘notwithstanding such a condition limiting a general right of appeal, a person’s right to resort to the Supreme Court to challenge a decision made in excess of jurisdiction is preserved in any event’.

Should you require any assistance with litigation matters or dispute resolution, please contact Paula Freeleagus on ph:30068141 or by email at paula.freeleagus@crownlaw.qld.gov.au.