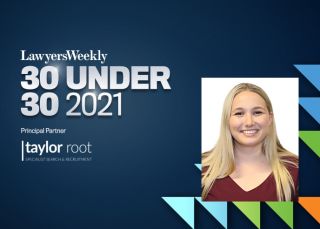 Crown Law Principal Lawyer, Katrina Mawer has been named as a finalist in Lawyers Weekly’s 30 Under 30 for 2021.

Two hundred and eighty-three finalists have been named in a range of categories to go in the running to receive a prestigious accolade. Winners will be announced at a black-tie gala in June at The Star, Sydney. The event will celebrate the rising stars within the legal industry across Australia, bringing to light the dedication, hard work and achievements of our future legal leaders.

Congratulations Katrina on being named as a finalist for this year’s Lawyers Weekly 30 Under 30. We wish you all the best at the gala in June.