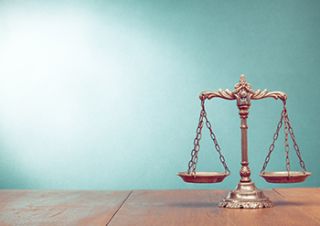 Former Senator and Australian Greens leader Dr Bob Brown challenged the validity of Tasmanian legislation which regulates protest activity in or near workplaces on the basis that the legislation infringes the implied freedom of political communication.

Queensland intervened in support of Tasmania, along with the Commonwealth, New South Wales, Victoria and South Australia. The matter was heard by a full bench of the High Court on 2-3 May 2017. Queensland was represented by Solicitor-General Peter Dunning QC with Tony Keyes and Philippa Mott, instructed by Wendy Ussher and Kent Blore of Crown Law’s Constitutional Law team.

The test for invalidity against the implied freedom had been that laid down in Lange v Australian Broadcasting Corporation (1997) 189 CLR 520 (as modified in Coleman v Power (2004) 220 CLR 1). But recently in McCloy v New South Wales (2015) 257 CLR 178, a majority of the Court had restated the test, substituting a three-stage structured proportionality analysis, based on the European model, for the Lange-Coleman testcriterion that the law be ‘reasonably appropriate and adapted’ to the legitimate purpose of the law. The final stage of the three-stage analysis (termed ‘strict proportionality’) allows the judges of the Court to make a value judgment about the impugned law by balancing the social value of the law against the value of the implied freedom. This stage marked a definite departure from the High Court’s previous position on the application of proportionality testing in Australia. Further, as Gordon J stated (at [141]) in her judgment in McCloy, the majority departed in absence of any request from any party or intervener.

Tasmania applied, with Queensland’s support, for leave to reopen McCloy and argued that the Lange-Coleman test be reinstated. Queensland argued that the structured proportionality test is not apt in Australia, where (unlike overseas jurisdictions where the test is applied) there are no prescribed constitutional human rights. Such rights in Australia flow from the common law and are ultimately entrusted to the people (by electing a representative government) rather than the judiciary. Queensland and the other parties and interveners’ written submissions and hearing transcripts are available here. The Court has reserved its decision.