Contractual rights may be limited by implied term of good faith 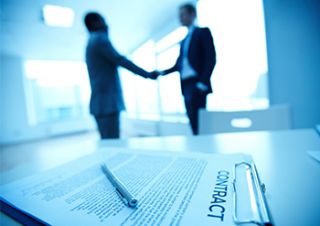 A recent decision of the Queensland Supreme Court has highlighted that express contractual rights may be limited by an implied duty of good faith.

In Aurizon Network Pty Ltd v Glencore Coal Queensland Pty Ltd [2019] QSC 163, Aurizon had entered into a contract with each of the defendants providing for the funding and construction of works to upgrade its infrastructure network. The upgrades were to allow the transport of coal from each of the defendant’s mines to a new coal ship terminal.

The defendants each had a right to give a notice under the contract to Aurizon that a particular segment of the railway was to cease to be a customer segment for them, with the result that they no longer had to pay a particular fee to Aurizon for that segment.

Justice Jackson found that the power to give the notice was subject to an implied term of good faith and fair dealing and that the defendants had breached that term. Accordingly, the contractual notices were declared to be invalid.

Parties to commercial contracts should be aware that express contractual rights may be subject to an implied term requiring them to act in good faith and deal fairly.

If you have any questions about an implied obligation to act in good faith or contracts generally, Crown Law can help.