Copyright reforms on the horizon 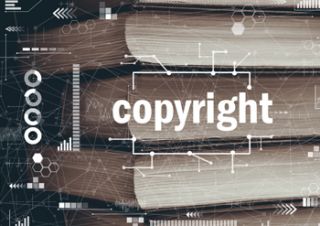 The Australian Government has only provided high level details of its proposed reforms. Further details are to be provided when draft legislation is released later in 2020.

There are five proposed reforms:

Under s 183 of the Copyright Act, the Queensland Government is able to use copyright material ‘for the services of the State’, subject to complying with ss 183(4) and (5).

Under s 183A, the Queensland Government is not required to comply with ss 183(4) and (5) where it has only made a ‘copy’ of the copyright material ‘for the services of the State’ and it has entered into an agreement with a declared collecting society which governs such copying.

The proposed reforms will allow agreements with declared collecting societies to govern not just the ‘copying’ of copyright Material, but also the ‘performance’ and ‘communication’ of copyright material.

The Copyright Act defines ‘communicate’ to mean ‘make available online or electronically transmit (whether over a path, or a combination of paths, provided by a material substance or otherwise) a work or other subject‑matter, including a performance or live performance within the meaning of this Act’.

The right to be able to not just copy, but also communicate to the public, third party copyright material and have such broadened use governed by an agreement with a declared collecting society is likely to be beneficial to many agencies in performing their official functions.

Finally, the Copyright Act will be amended to include a new exception to copyright infringement which allows governments to use correspondence and other material sent to government, provided that such use is non-commercial.  Currently governments rely upon an implied licence to use material which is sent to them.

At this stage, the proposed reforms do not appear to extend to other, commonly requested, amendments, including making it simpler for governments to provide notice under s 183(4), providing more guidance on the amounts to be paid under ss 183(5) and 183A and clarifying whether or not governments are permitted to rely upon the statutory fair dealing exceptions in circumstances where their use of third party copyright material could otherwise fall within the scope of s 183.

The proposed reforms will also introduce a new statutory ‘fair dealing’ exception to allow governments, cultural and educational institutions and other persons engaged in public interest or personal research to quote copyright material, provided that any such quotation is done for non-commercial purposes or the quotation is of immaterial commercial value to the good or service in which it is used.

The quotation will also need to be compatible with fair practice having regard to specified fairness factors.

The concept of ‘fairness factors’ appears to be derived from one of the Productivity Commission’s most significant recommendations which was to replace all of the existing statutory ‘fair dealing’ exceptions in the Copyright Act with a single, broad and open-ended ‘fair use’ exception.  It is unclear whether the fairness factors for the new ‘quotation’ exception will be the same as those proposed in the context of a broader ‘fair use’ exception.

Although the existing statutory fair dealing exceptions do not explicitly extend to governments, the new ‘quotation’ exception will purportedly extend to use by governments.

Introduce a scheme to allow the use of orphan works

An ‘orphan work’ is copyright material which is protected by copyright, but the owner cannot be identified which makes it difficult for third parties to obtain permission to use the work.

Cultural, educational and broadcasting sectors will be encouraged to develop guidelines for conducting ‘diligent searches’ to identity the owners of orphan works.

If the owner is subsequently identified, then the user will not be liable for their past use of the orphan work, but they will be required to negotiate and agree reasonable terms with the owner to continue to use the work.

The proposed reforms, which are particularly timely due to the current pandemic, aim to make it clear that the use of copyright material and learning activities which are undertaken on school, TAFE and university premises can also take place outside of those premises, including online lessons, subject to wider access to and use of the material being limited.

Together with other reforms, the changes for educational intuitions are intended to facilitate modern teaching practices, including remote and online learning.

The proposed reforms also include changes to modernise how cultural institutions, like libraries and archives, can make copyright material available to the public, including online.

What does this mean for government agencies?

The exposure draft legislation is not expected to be released for review and public consultation until later in 2020. Legislative amendments often take some time to finalise, as indicated by the length of time which has passed since the Productivity Commission’s report was released.

Although changes to the Copyright Act, particularly the government statutory licensing scheme, are not expected in the near future, agencies should follow any future developments as the reforms could significantly change the way agencies are able to use third party copyright material where such use is related to their normal government responsibilities duties and powers.

The Queensland Government’s Use of Copyright Material Guideline provides guidance to agencies on their existing obligations under the Copyright Act when using third party copyright material.