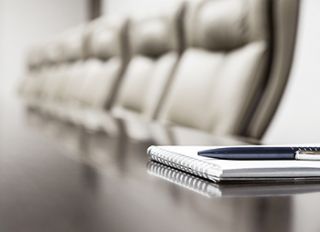 The Queensland Parliament restored the ‘last claim standing rule’, as it was previously understood, when it passed the Revenue and Other Legislation Amendment Bill 2018 (the Bill) on 30 October 2018.

The ‘last claim standing’ rule under s 34(1)(b)(i)(C) of the Aboriginal Cultural Heritage Act 2003 (ACH Act) and the Torres Strait Islander Cultural Heritage Act 2003 (TSICH Act) previously provided that a native title party for an area was any person who was a registered native title claimant for an area, but only if the person’s claim had failed and:

(a) the person’s claim was the last claim registered for the area;

(b) there was no other registered native title claimant for the area; and

(c) there was not and never had been a native title holder for the area.

On 20 December 2017 Jackson J in the Supreme Court of Queensland handed down a decision in Nuga Nuga Aboriginal Corporation v Minister for Aboriginal and Torres Strait Islander Partnerships [2017] QSC 321 (Nuga Nuga). His Honour held in Nuga Nuga that the reference to ‘native title holder’ in s 34(1)(b)(i)(C) can refer to both a common law holder of native title or an entity which has been determined by the Federal Court to hold native title under the Native Title Act 1993 (Cth). The Nuga Nuga decision raised concerns that actions taken and decisions made based on the previous understanding of s 34(1)(b)(i)(C) may be invalid.

The amendments also provide for transitional provisions which operate in two ways. First, the transitional provisions validate any decisions made and actions taken before the amendments if the decision or action is based on the ‘last claim standing’ rule as it was previously understood. For example, the decision to approve a cultural heritage management plan with a ‘last claim standing’ native title party will be validated by the transitional provisions. Second, any decisions made or actions taken after 20 December 2017 that were consistent with the Nuga Nuga decision will remain valid once the amendments come into force. For example, if notices for a cultural heritage management plan were sent to an Aboriginal or Torres Strait Islander party in accordance with the Nuga Nuga decision, those notices will be valid under the transitional provisions, and the cultural heritage management plan will be able to be approved on that basis (provided it otherwise meets the requirements of the ACH Act or TSICH Act).

The amendments will provide certainty and clarification for all parties involved in the process of identifying the appropriate Aboriginal or Torres Strait Islander parties to be involved in the assessment and management of cultural heritage.

The amendments will commence on royal assent.

Please contact Crown Law if you have any queries regarding how the amendments apply to your projects.

In that case, Mirvac had sought judicial review of the decision by the chief executive’s delegate to refuse to approve a cultural heritage management plan (CHMP) on the basis that the party who had been endorsed under the ACH Act was no longer an Aboriginal party under that Act. The endorsed party lost its status as an Aboriginal party between the time when Mirvac submitted the CHMP for approval and the delegate made the decision.

Justice Bond accepted the State’s submission that once a party loses its status as an Aboriginal party under ACH Act, it ceases to be an endorsed party for the purposes of the Act. Justice Bond also accepted the State’s submissions that the delegate was entitled to take into account events which had occurred since endorsement, including the subsequent registration of claims under the Native Title Act 1993 (Cth).

However, Justice Bond held that the chief executive was required to determine whether the factual circumstances described in ss 107(1)(a) and 107(1)(b) applied at the time Mirvac submitted the CHMP for approval. It follows that Justice Bond found that there was an error of law in the decision regarding the operation of s 107 and ordered that the delegate’s decision be set aside and the matter be referred back to the chief executive with a direction to approve the CHMP.

The decision confirms that parties negotiating a CHMP will need to ensure that the endorsed party retains its status as an Aboriginal party under the ACH Act, at least until submission of the CHMP for approval.