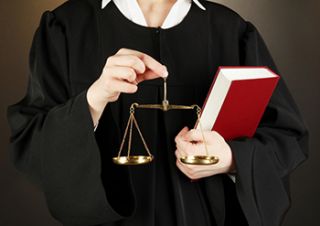 Section 92 of the Constitution provides that trade, commerce and intercourse among the States shall be ‘absolutely free’.

Given s 92, was it lawful for the States to close their borders during the COVID-19 pandemic? This was the question that confronted the High Court in Palmer v Western Australia.

Western Australia closed its borders on 5 April 2020. It did so by a direction (the ‘Border Direction’), made by the State Emergency Coordinator under the Emergency Management Act 2005 (WA).

On 18 May 2020, Mr Clive Palmer sought and was refused permission to enter WA. One week later, Mr Palmer commenced proceedings in the High Court, alleging that the border closure was invalid for infringing s 92 of the Constitution. The litigation was hard-fought and involved a highly unusual trial of ‘constitutional’ facts in the Federal Court of Australia.

The matter was then heard by the High Court on 3 and 4 November 2020. On 6 November 2020, the High Court pronounced orders to the effect that the Emergency Management Act was valid, and that the validity of the Border Directions did not raise a constitutional issue. Reasons for those orders were published on 24 February 2021.

Palmer v Western Australia constitutes one of the most significant decisions to emerge from the COVID-19 pandemic. It provides three important clarifications to the law on s 92.

Finally, a majority of the High Court (Kiefel CJ and Keane J with Edelman J agreeing) endorsed structured proportionality as an appropriate tool of analysis when considering whether a burden on either limb of s 92 was ‘reasonably necessary’. This is the first time the High Court has applied structured proportionality to a constitutional freedom outside of the context of the implied freedom of political communication. Chief Justice Kiefel and Keane J found that the burden on interstate movement imposed by the border closures was suitable for achieving the purpose of preventing COVID-19 from entering the WA community. The Federal Court found that no alternative would be as effective in preventing the spread of COVID-19 into WA. That finding of fact meant that the border closure was necessary to achieve its purpose. Their Honours also held that whilst the burden on interstate movement was ‘severe’, it was justified when taking into account the competing ‘importance of the protection of health and life’.

The High Court’s application of structured proportionality may be of interest as it is the same analytical tool employed when considering whether a limit on human rights is ‘compatible’ under s 13 of the Human Rights Act 2019 (Qld).

The Attorney-General for Queensland intervened in the proceedings and took an active role in the proceedings in the Federal Court, and in the High Court.  The Solicitor-General, Sandy Thompson QC, appeared for the Attorney-General, with Felicity Nagorcka and Kent Blore (both in-house counsel at Crown Law).  They were instructed by James Potter of Crown Law’s Constitutional Law team.