Termination of employment and ‘after acquired knowledge’ 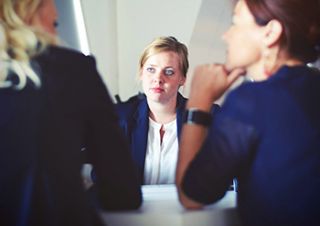 For example in the Queensland Industrial Relations Commission decision of Royce v State of Queensland (Department of Justice and Attorney-General) (TD/2016/98), an employee whose employment had been terminated for misconduct sought reinstatement to his former position with the department on the basis that termination was harsh, unjust or unreasonable. The departmental decision maker had found 10 allegations to be substantiated against the employee which supported the decision to terminate his employment. It came to light during the course of the hearing of the application for reinstatement that the employee had claimed a period of 11 days’ sick leave to coincide with another employee’s period of recreation leave to enable the two to travel to Thailand for a holiday. The department brought this matter to the attention of the commissioner. The commissioner commented in his decision that the nature and degree of the employee’s deceit in respect of that matter, served ‘to reinforce the validity of the decision’ to terminate his employment.

Another example of an employer relying on information which came to light after an employee was dismissed is Metricon Homes Pty Ltd v Bradley (2009) 181 IR 115. The employee worked in IT and held administration privileges. The employee abused his administration privileges to gain access to, copy and download private information and some highly confidential information from other employees’ emails accounts. A significant amount of personal and confidential information was discovered on the hard drive of a computer which had been allocated to Mr Bradley for his use. Metricon executives confronted Mr Bradley with the results of their inquiries to that point and being dissatisfied with his explanations proceeded to terminate his employment on the same day.  The commissioner who heard the matter at first instance was critical of Metricon for acting without having all of the relevant information as it had not completed its inquiries at that time. The commissioner found although there was a valid reason for the termination, the summary dismissal as opposed to a dismissal on notice, was harsh and ordered Metricon to pay the former employee the equivalent of four weeks’ notice. Metricon appealed to the full bench of the Australian Industrial Relations Commission arguing that the commissioner did not properly take the results of the post-termination inquiries into account. The full bench found this was an error in the exercise of the commissioner’s discretion. The full bench commented that employees in the information technology field who have access or potential access to private information on the IT systems of their employers are in a position of trust. Conventional standards of honesty are expected of such employees. The full bench pointed out that the full extent of the employee’s misconduct, as revealed by the inquiries after the termination, was very significant and they placed little weight on the fact Metricon terminated the employment before the full extent of the misconduct was known. The misconduct had already occurred.