Unvaccinated worker not entitled to reimbursement for suspension without pay 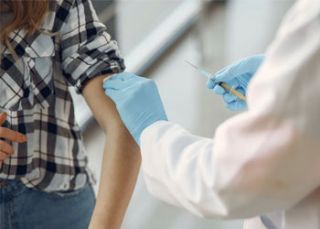 The Queensland Industrial Relations Commission recently ruled in favour of the State of Queensland, confirming an employee who was suspended without pay while they were unvaccinated, was not entitled to be reimbursed their pay when the suspension came to an end and they returned to work.

The employee is employed by the Department of Education as an AO2 Administration Officer at a school.

The employee was suspended from duty because she did not receive the required doses of a COVID-19 vaccine. She was initially suspended with pay, but was later suspended without pay.

The employee was required to be vaccinated in accordance with a direction issued by the Director-General (Department of Education - Employment Direction 1/21 - COVID-19 Vaccinations). The Department’s direction was based on the Chief Health Officer’s COVID-19 Vaccination Requirements for Workers in a high-risk setting Direction, which required staff in schools to be vaccinated.

The CHO Directive was revoked on 30 June 2022. Staff who had been suspended due to their failure to be vaccinated returned to work from 11 July 2022, the first day of Term 3.

6.6 An employee must be reimbursed for remuneration the employee does not receive during the employee’s suspension if a decision on discipline has been made that does not result in termination of their employment.

The Department argued the employee was not entitled to be reimbursed for the period she was suspended without pay because she was unavailable to work during the period of suspension as a result of her failure to be vaccinated. Her status as someone who was unvaccinated meant she could not enter her workplace and was therefore not available to work.

DP Merrell found the Department’s submissions ‘meritorious’. He considered the decision to be fair and reasonable noting: